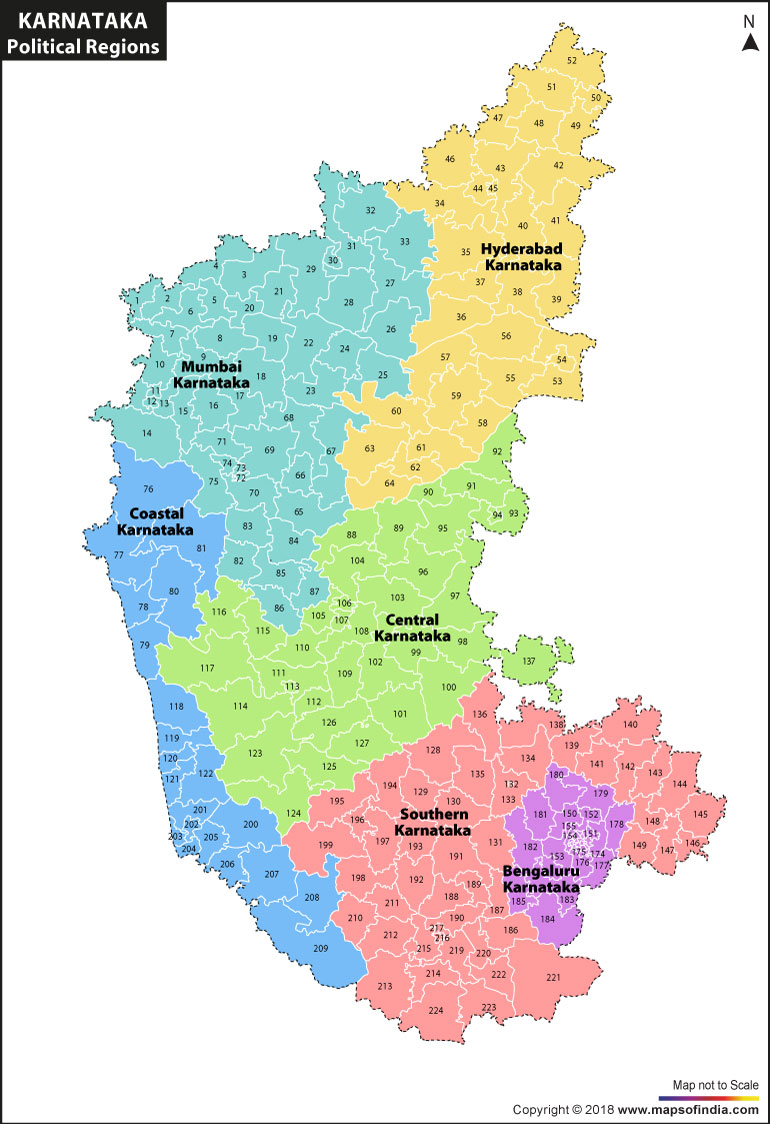 The era of "Coalition politics" in the late 1980s, saw national politics make way for state politics, but in the recent years regional politics has become more important than the state politics. The period saw rise of political regions inside the states that have come to dominate the state politics, on the other hand regional politics has also impacted the national politics in India. In Karnataka's case, the state witnessed the rise of six different political regions with distinct political identity. Each political region of Karnataka is a composition of history, political dynamics, socio-cultural dynamics, and distinct caste equations, that dominates the politics in these regions of Karnataka. These political regions have different issues that bothers the public in the regions, and have seen the three major political parties namely BJP, Congress, and JD(S) battle it out for political supremacy in these regions. With the state assembly elections next month, the regions of Hyderabad Karnataka, Bombay Karnataka, Coastal Karnataka, Central Karnataka, Southern Karnataka, and Bengaluru Karnataka, are certainly going to play an important role in electing the next state government. Central and Southern Karnataka lie in the heartland of erstwhile Mysore kingdom, and have the majority number of seats up for electoral contest and can certainly be the "game-changer" in the upcoming elections.