South Karnataka is bound by sea in the west and the Western Ghats in the east. According to the 2011 census, South Karnataka has a population of 2,089,649 people, with 1,034,714 males and 1,054,935 females. South Karnataka is Karnataka's most religiously diverse district. Hindus constitute the majority, with Muslims and Christians constituting significant minorities. 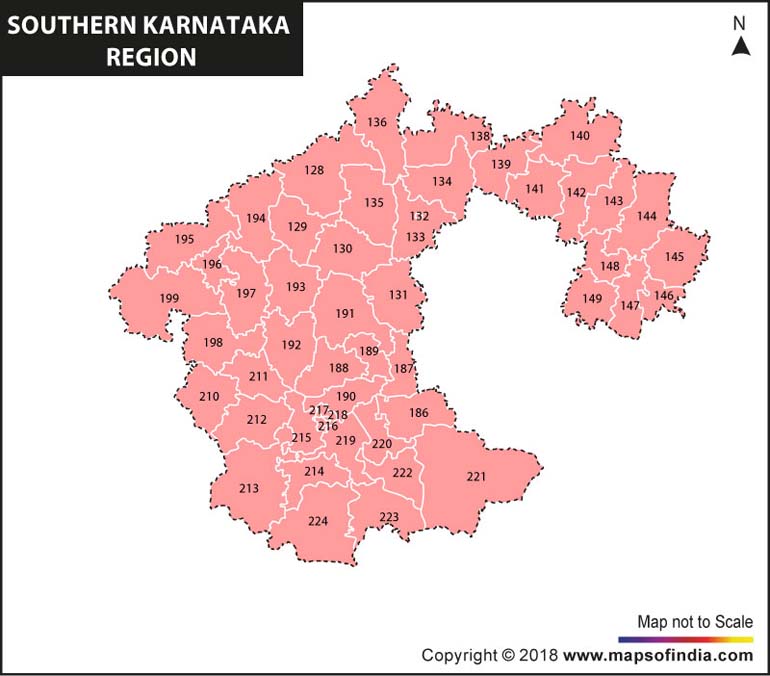 Southern Karnataka formed the territory of the Kingdom of Mysore under the Hindu Wodeyars, and remained a part of erstwhile British India under the Princely State of Mysore. Vokkaligas is one of the major community in the region,who since 1980s, have favored Former Karnataka Chief Minister Deve Gowda's JD(S). Southern Karnataka comprises of Bengaluru Urban&Rural, Mysuru, Mandya, Kodagu, Shivamogga, Chikkamagaluru, Chikkaballapur, Tumkur, Ramnagara, Kolar, Hassan, Chamarajanagar, Davanagar, and Chitradurga districts of present-day Karnataka.

In 1799, when Tipu Sultan was defeated by the Imperial forces, Southern Karnataka came under the control of Hindu Wodeyar, who ruled the Princely State of Mysore. They ruled the Princely state up until India gained Independence in 1947, post-independence Maharaja became the first governor of the state of Mysore. Southern Karnataka was, along with other regions, part of different territories under British India, these Kannada dominated regions constituted the state of Mysore in 1956, after State Reorganisation Committee's recommendation. Vokkaligas community is the dominant community in the region, while Lingayats along with Muslims, and other backward communities constitute the remaining population of the region. The Southern Karnataka is one of the fastest developing region in Karnataka, with agriculture and IT sector forming the backbone of the region. Southern Karnataka's geographical location at the centre of Cauvery river basin, makes water accessible in abundance to the region, thus, prospering the growth of agricultural sector of the region.