Central Karnataka region has 26 assembly constituencies which includes major districts of Shivamogga, Chikamagaluru, Davanagere and Chitradurga. The region has a strong hold of Lingayats and Hindu Mathas. Congress and JDS have a better influence here than BJP. 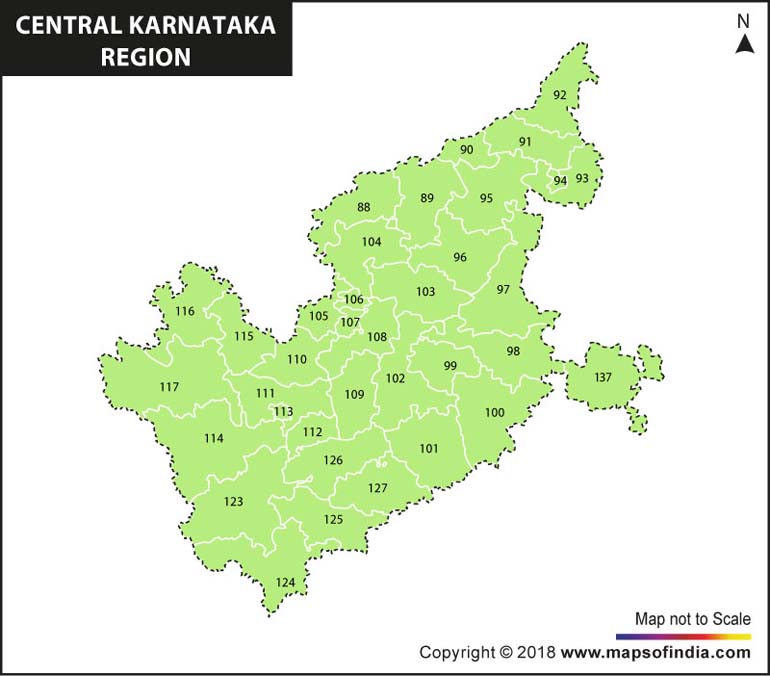 Central Karnataka was part of the Kingdom of Mysore under the rule of Wodeyars. After the British took over the administrative and political charge of India, the region of Central Karnataka remained a part of Princely State of Mysore. Veerashaivas are a dominant community in the region, they have usually given their support to the Congress party over the years, but in recent years, the votebase has shifted allegiance. Central Karnataka comprises of Tumakuru, Davanagere, Haveri, Chitradurga, Shimoga, Raichur, Koppal districts of present-day Karnataka

Central Karnataka was a part of the mighty Vijayanagara Empire between the 14th and 17th centuries. By 1799, the regions of present-day Karnataka including the Central Karnataka were annexed by the British administration. Though, some districts remained part of the Princely state of Mysore, others were integrated into different administrative states. Post-independence in 1956, the State of Mysore was created, with certain regions from Hyderabad, Bombay, and Madras joining with the Princely State of Mysore. Veerashaivas are the dominating community in Central Karnataka, while the SC/STs and other backward communities also have a significant composition in the region.