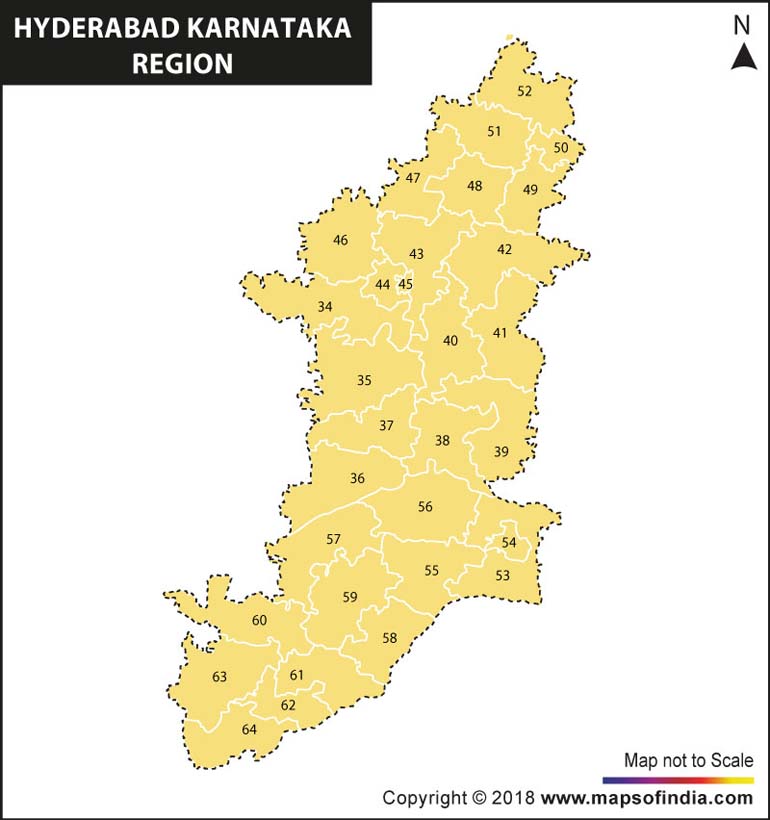 Hyderabad Karnataka, formerly part of the Hyderabad State under the British rule, has been a Congress bastion since Independence but after the illegal mining scam came to light, the people of the region switched their allegiance. Hyderabad Karnataka comprises the present day districts of Gulbarga, Bellary, Yadagiri, Raichur, Bidar, and Koppal.

Peshwa territories that covered the majority of the present-day Karnataka region were annexed by the British Imperial forces, and became a part of the erstwhile British India territory in 1818. The Hyderabad Karnataka region covers 23% of the total state area and lies in the North Eastern region of Karnataka. The Hyderabad Karnataka region was under the political and administrative jurisdiction of Hyderabad State under the rule of Nizam of Hyderabad till 1948. Even though other regions of present-day Karnataka gained Independence with the rest of the country on 15th August, 1947, the Nizam of Hyderabad refused to accede to India. In September 1948, Hyderabad State became independent and joined India. Indian armed forces were sent to overthrow Nizam and protect the people from the atrocities being inflicted by the Nizam and his Razakars. The State Reorganisation Committee recommended the central government to form separate states based on their regional and linguistic identity in 1956. Hyderabad Karnataka became a part of the united Karnataka in the same year, after joining the state of Mysore, which was later renamed "Karnataka" in 1973.