Following the controversy surrounding it, Bombay Karnataka has been renamed Kittur Karnataka. It is bound by the Arabian Sea in the west. The population is Hindu majority in the region and the leading party id BJP. 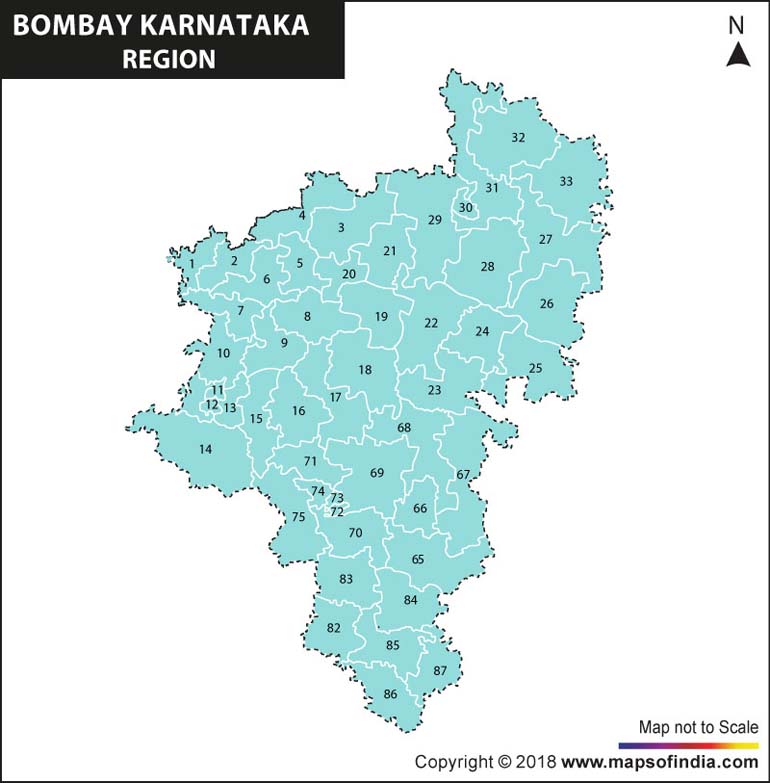 Bombay Karnataka, formerly part of the Bombay Presidency under the British rule, has played a significant role in the formation of the state government in the last 4 elections including two Lok Sabha elections. Bombay Karnataka comprises the present day districts of Belgaum, Dharwar, Bijapur, Haveri, Gadag, Bagalkot, and Karwar(North Kanara).

After the annexation of Peshwa Territories under the British rule in 1818, the Krishna-Tungabhadra doab became a part of the erstwhile British India. The northern region in the present-day Karnataka, fell under the administrative and judicial jurisdiction of Bombay Presidency. The 326-km-long region, had a predominance of the Kannada culture, but after becoming a part of the Bombay Presidency Marathi became the official language for the Kannada community of the Bombay Karnataka region. India gained Independence from the British imperial forces in the year 1947, and in the year 1953, the Central government constituted a State Reorganisation Commission. The commission was formed to take into consideration the cultural and linguistic values before reorganising and forming new states. In 1956, after State Reorganisation Commission submitted its recommendation, the central government approved the formation of new states including the state of Mysore. The Bombay Karnataka and four other regions, which were part of different Princely states or British Presidencies, became the state of Mysore. The dominance of Kannada identity in these regions was taken into consideration for the formation of the new state. The state of Mysore was later renamed Karnataka in 1973.