Coastal Karnataka region is a 300 km long belt of coastline where Arabian Sea lies on its west. And the Western Ghats surround it from the eastern side. The total population of this region is 47.03 lakh, as per the 2011 census. This region includes the three districts. Each of the district follows a distinct political pattern. Dakshina Kannada district is inclined towards BJP, Udupi has a preference for Congress party in most of its constituencies. Janata Dal Secular has very limited effect in this region. However, this region is dominantly prefers Bharatiya Janata Party. 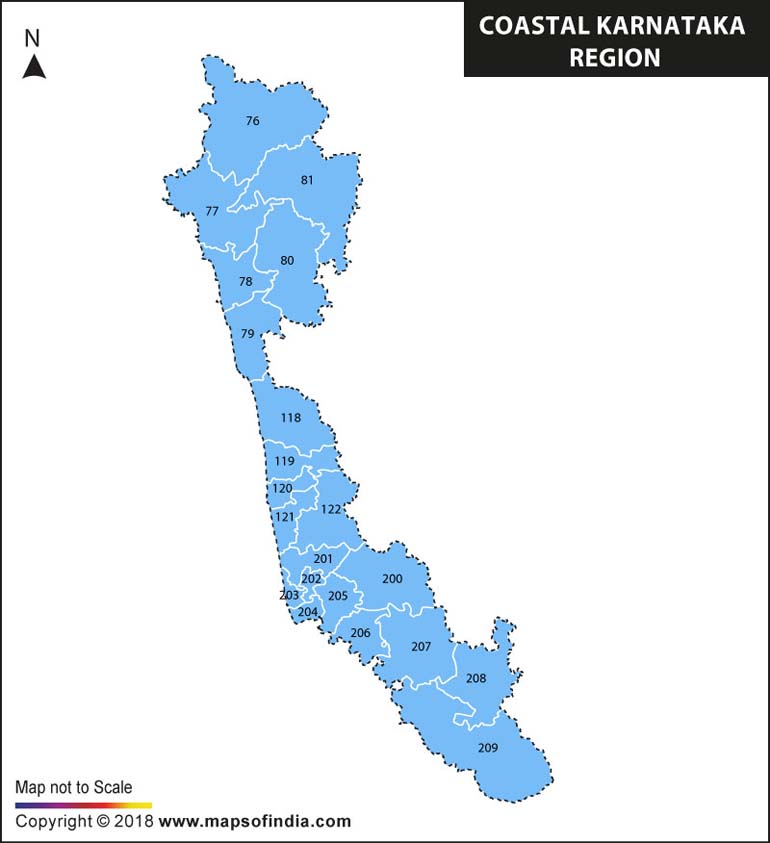 Coastal Karnataka comprises of present day Dakshina Kannada, Udupi Kannada, and Uttara Kannada regions of Karnataka. The hardline right-wing politics has been the norm for the region since 1990s. BJP made significant inroads in the Coastal Karnataka with the help of Sangh Parivar and other right-wing fringe groups. The region was part of the Mysore Kingdom before ceding to the British India.

After Peshwa Territories annexation, the Uttara Kannada was part of Kanara region, which became a part of the Madras Presidency till 1862, before being transferred to Bombay Presidency, while South Kanara (Dakshina Kannada region) remained a part Madras Presidency. In 1956, the region along with four other regions of the erstwhile British India formed the state of Mysore, that was renamed to Karnataka in 1973. Coastal Karnataka has been an epicenter for trade and market even before India's independence. The coastal region of present-day Karnataka state has seen various merchants and traders travel across from the globe to get hold of some of the best spices during the medieval period. The accessibility to the coastal region made it a cultural hub for centuries, the region reflects the multiculturalism that formed the basis of prosperity in the region. Till date, agriculture and fishing remains to be the economic lifeline of the region for the population of Coastal Karnataka. Mogaveera, Billawa, Kharvi, Kotesherigara, Bunta, Siddi, Halakkigouda, Vakkaliga, and Devadiga, are some of the major backward communities in the region that constitute the majority in the region. While minority Christians, Muslims, upper caste, scheduled castes and scheduled tribes form the remaining social strata of the Coastal Karnataka region. Syndicate Bank, Canara Bank, Corporation Bank and Vijaya Bank are four public sector commercial banks that have originated as a part of development of co-operative finance system in Coastal Karnataka. While one of the popular and growing scheduled bank, Karnataka Bank also originated from the region.