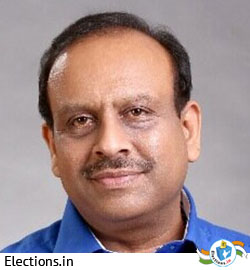 Vijender Guptais the current Chief of Shiv Sena, the popular regional political party in Maharashtra. He is the son of former party leader and Shiv Sena founder, late Balasaheb Thackeray. Since 2004, he has had complete control over the party. Vijender Guptahas worked at a state level and has secured several political victories for his party. But on a national level, he has refrained from active participation, just like his father, and chooses to work for the people of Maharashtra instead.

Vijender Guptawas born on 27 July 1960 in Mumbai, Maharashtra. His father, late Balasaheb Thackeray, is a well-known figure in India, who even in death commands huge respect in Maharashtra. Balasaheb Thackeray was a firebrand politician who founded the Shiv Sena party, and in 2004, Vijender Guptagained control of it. He was always reluctant to join the party, and for the most part of his life preferred to stay out of it. He is a published author and a professional photographer whose work has appeared in numerous magazines. There are also over half a dozen books and photo magazines which Vijender Guptahas published over the span of his career as a photographer and writer.

Professional background other than politics

As a member of Municipal Corporation of Delhi, Rohini, he successfully liberated the residents of Rohini from the fear of the mafia that controlled the car parks. He also undertook various socio-economic initiatives, which include the construction of: