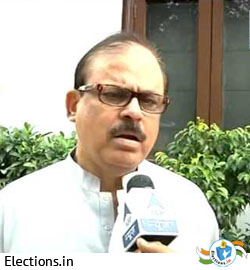 Tariq Anwar is an Indian politician and is the General Secretary of Nationalist Congress Party of India. He is also a member of Rajya Sabha representing Maharashtra. He was the Minister of State for Agriculture and Food Processing. He has also been elected to Lok Sabha three times from Katihar constituency. His mentor was Sitaram Kesri.

Tariq Anwar was born on 16 January 1951 in Patna, Bihar. His father was Late Shah Mushtaque Ahmed and mother was Bilquis Jahan. He is married to Hena Anwarand and has four daughters and one son.

He completed his early education in Biharand. He earned his B.Sc. degree in Commerce from, Magadh University, Bodh Gaya in Patna.

Anwar’s family is known to have participated in the freedom struggle of India (This has not been mentioned in any of the sites that I checked or even the ref sites given by the writer). He started his career as a journalist and later became the Founder, Editor of Chhatra, a weekly tabloid published in Hindi from Patna in 1972 to 1974. He then became the editor of Yuvak Dhara published from Patna and Delhi, since 1974 and 1982, respectively. He is also the editor-in-chief of Rashtrawadi Sankalp, which is a weekly newspaper in Hindi published from New Delhi since 2001, and now from Mumbai.

Tariq Anwar has started his political career quite early. He was the President of Bihar State Youth Congress (I) from 1976 to 1981. He was also the president of the All India Youth Congress from 1982 to 1985. He was the President of Bihar Pradesh Congress Committee from 1988 to 1989. He later resigned from the Congress party and joined the Nationalist Congress party in 1999. His revolt against Sonia Gandhiin 1999 because of her foreign origin brought a major twist in his political career. He was then a Lok Sabha member from Katihar and also known as the second most powerful person in New Delhi in the Congress headquarters. He was four times winner of Lok Sabha election from Bihar. However, he lost all elections after he joined NCP. Sharad Pawar made him the member of Rajya Sabah in 2004 from Maharashtra. It was his second term in Rajya Sabha.