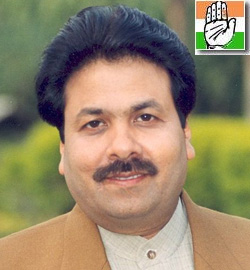 Who is Rajeev Shukla

Rajeev Shukla is currently a Member of the Parliament (Rajya Sabha) since 2000. Before starting his career as a politician, he was the Chairman of the Indian Premier League, the famous Indian private cricket league that sees participation by international cricketers and is one of the most popular sport franchises in the nation. A political commentator and television host, Rajeev Shukla has donned many hat. He started his life as a journalist for Northern Indian Patrika, Kanpur in 1978, from where he went on to become a celebrated reporter, an accomplished journalist, media person, and later, a political commentator.

Rajeev Shukla was born in the city of Kanpur, Uttar Pradesh on 13 September 1959 to Ram Kumar Shukla and Shanti Devi Shukla. He is married to Anuradha Prasad Shukla, and together they live in Mumbai, Maharashtra, from where he is an elected official. Anuradha is an active professional and works with the BAG Films Education Society.

Shukla pursued law from the VSSD College of Law, from where he completed his LL.B. He then pursued M.A. from the PPN College and Christ Church College in Kanpur, which is part of the Kanpur University. He rose to fame following his stint as a reporter for the popular daily newspaper Jansatta, after which he hosted the news show Rubaru and then became an editor for The Observer group of newspapers.

Beginning of his political career

Politics had always interested Rajeev Shukla and he worked as a political commentator for most of the time that he was a journalist. He was Senior Editor of The Observer until the year 2000, when he was elected as a Member of Parliament and began his political career. He contested as a party member of the Akhil Bhartiya Loktantrik Congress Party, which later merged with the Indian National Congress. He won from his constituency with a large margin, and after his party merged with Congress, he became a spokesperson for the party.

Following his appointment as a spokesperson for the Congress in 2003, he started his career as a mainstream politician. Although he had been active in the political arena even during his time as a journalist, it was only in 2000 that he became a Member of the Parliament and entered politics full-time.

In 2001 he became a member of the Consultative Committee for the Ministry of External Affairs. He has held some prominent positions as a politician, the chief among them being: Shukla is currently in his third term as a Member of the Parliament, and has been a member of several advisory and consultative committees in the house. His career as a politician since his acceptance into the parliament is as follows:

Rajeev Shukla has always been very vocal about his thoughts, and while he served as the spokesperson for his party, he used his years of experience as a TV news anchor to deliver riveting speeches. In his stint as the anchor for the very popular news show Rubaru, Shukla interviewed some of the most prominent personalities in the Indian subcontinent, such as Sonia Gandhi, Nawaz Sharif, Benazeer Bhutto, Atal Bihari Vajpayee, and the Dalai Lama. He has also actively supported and promoted sports in the country and was conferred the title of Honorary Secretary by the UPCA, the cricket council of his home state. He is also an active member of the sports committees for hockey and cricket, on both state as well as national levels. He was also conferred with the honour of leading the 2013 Indian Parliamentary Goodwill Delegation to Australia.