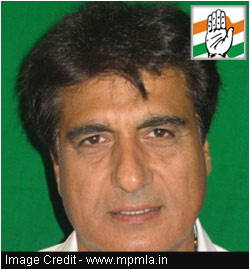 Babbar was born to a Sikh family near Agra in Uttar Pradesh on 23 June, 1952. His parents are Kaushal Kumar and Shobha Rani. He did his schooling from Faiz-e-Aam Inter College in Agra and graduated from Agra College in Uttar Pradesh. He trained in method acting at the National School of Drama.

Raj Babbar married Nadira Zaheer and the couple have two children, Arya and Juhi Babbar. Nadira Zaheer is the daughter of noted theatre personality Sajjad Zaheer and a well-known theatre artist herself. Raj Nbabbar later married actress Smita Patil who, however, passed away soon after giving birth to their son Prateik Babbar.

Raj Babbar was nominated five times for the Filmfare Awards. He won critical acclaim and commercial success for his acting prowess. He had his share of ups and downs in his political career. Raj Babbar landed in controversy after commenting that a poor person can have two meals a day by spending just Rs. 28. He had, however, expressed regret for his comments later.