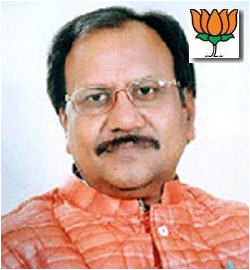 Member Director of Jaycees﻿, an Indian politician and member of the Bharatiya Janata Party (BJP), is a cabinet minister for education in the state of Chhattisgarh. He also heads the ministries of School Education, Legislative Affairs, Endowment, and Culture, other than Tourism Departments and the Public Works Department. He became an M.L.A. at a very early age and was also intricately involved in his party in different important positions. Agarwal has remained an unconquered M.L.A. from the Raipur seat since 1990. He was also a minister of Madhya Pradesh before its bifurcation into two states, namely Madhya Pradesh and Chhattisgarh. The Madhya Pradesh government honoured him with the title of Best Legislator, recognising his involvement and efforts in the Vidhan Sabha.

﻿ Brij Mohan Agarwal﻿ was born on May 1, 1959 at Raipur in Chhattisgarh. He holds a Master’s degree in Commerce, and has done LL.B from Durga Mahavidyalaya in Raipur. He wanted to become an advocate in his student life. He married Smt. Sarita Agarwal and they have three children: Abhishek, Shubhkriti and Aditya.

Agarwal joined Akhil Bharatiya Vidyarthi Parishad (ABVP) in 1977 that saw his entry in student politics. Thereafter, he became actively involved and held key positions in students’ politics. He became President of the Agarwal Yuva Mandal in 1980 and continued till 1985. From 1981 to 1982, he was President of his college, Durga Mahavidyalaya in Raipur, and also was Chief Advisor of the University Student Union of Pt. Ravishankar Shukla University, Raipur. From 1982 to 1983, he was the President of Kalyan College Student Union in Bhilai. Later in 1984, he became an active member of Bharatiya Janata Party.