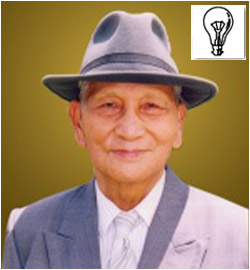 Thenphunga Sailo, famous as Brig. T Sailo, is the founder of the Mizoram People's Conference. He has been the Chief Minister of Mizoram twice.

Brig. T. Sailo was born on January 1, 1922 as a son of Mizo Chief Mr. Vancheuva and Mrs. Hrangvungi. He finished his elementary schooling at Serkawn Middle School, Lunglei, and High School in Shillong. His wife’s name is Thansiamii. Brig. T Sailo's professional background before entering politics Before getting into politics, T. Sailo served the British Indian Army as well as the Indian Army. In 1942 he was recruited as a Second Lieutenant in the Indian Army. In 1960 he was made a Lt. Colonel and later in 1963 he got promoted to the designation of Colonel. In 1966 he was again promoted and was made a Brigadier. He retired from the Indian Army in 1974.